The best time to visit Sormiou is on the low season because the park won’t be really crowded and won’t be closed due to the risk of fire. In case of going during summer, check out if the park is opened and the timetables because is often closed in case of high temperatures or wind.

There is no shade during the hike so protect your skin and take enough water.

During the hike there is no place to fill your reservoir but in case you need it there is a restaurant in Somiou and Morgiou where you can buy a bottle of water.

The difficulty of the hiking route near Marsella is moderate due to the steep terrain that goes from Calanque de Sormiou to Morgiou.

The trail to Morgiou from Sormiou has some parts where tha path is very slippery due to the small rocks and the steep way up. 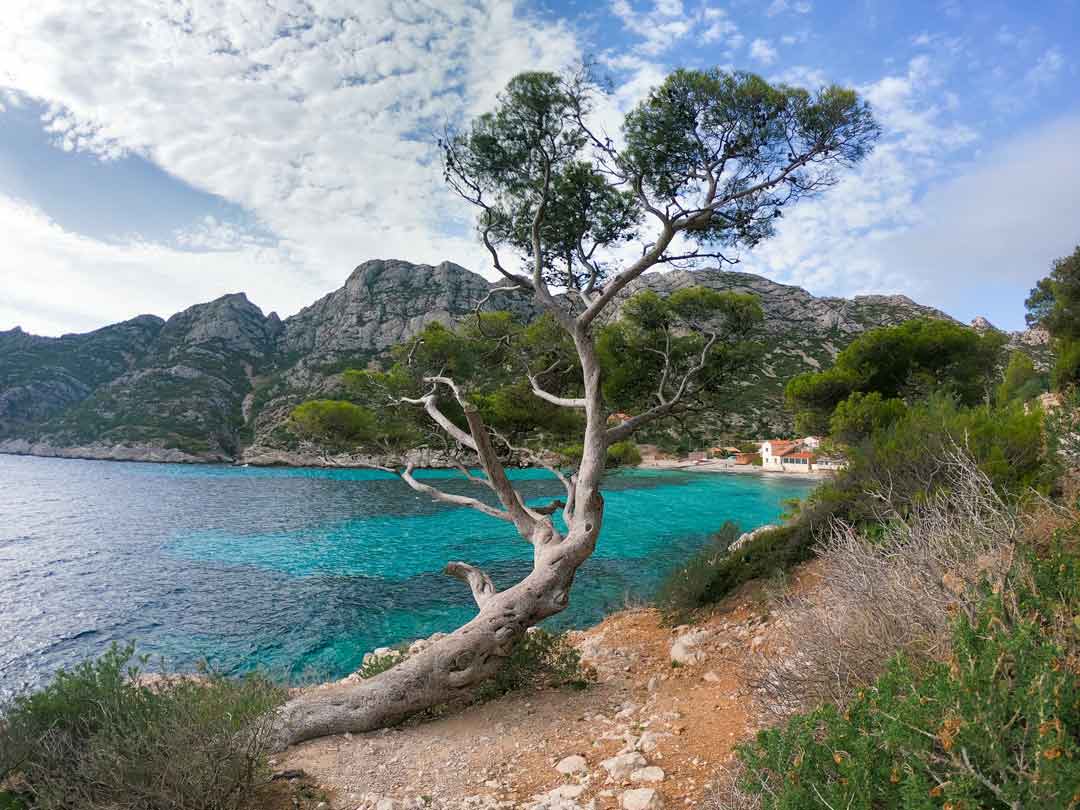 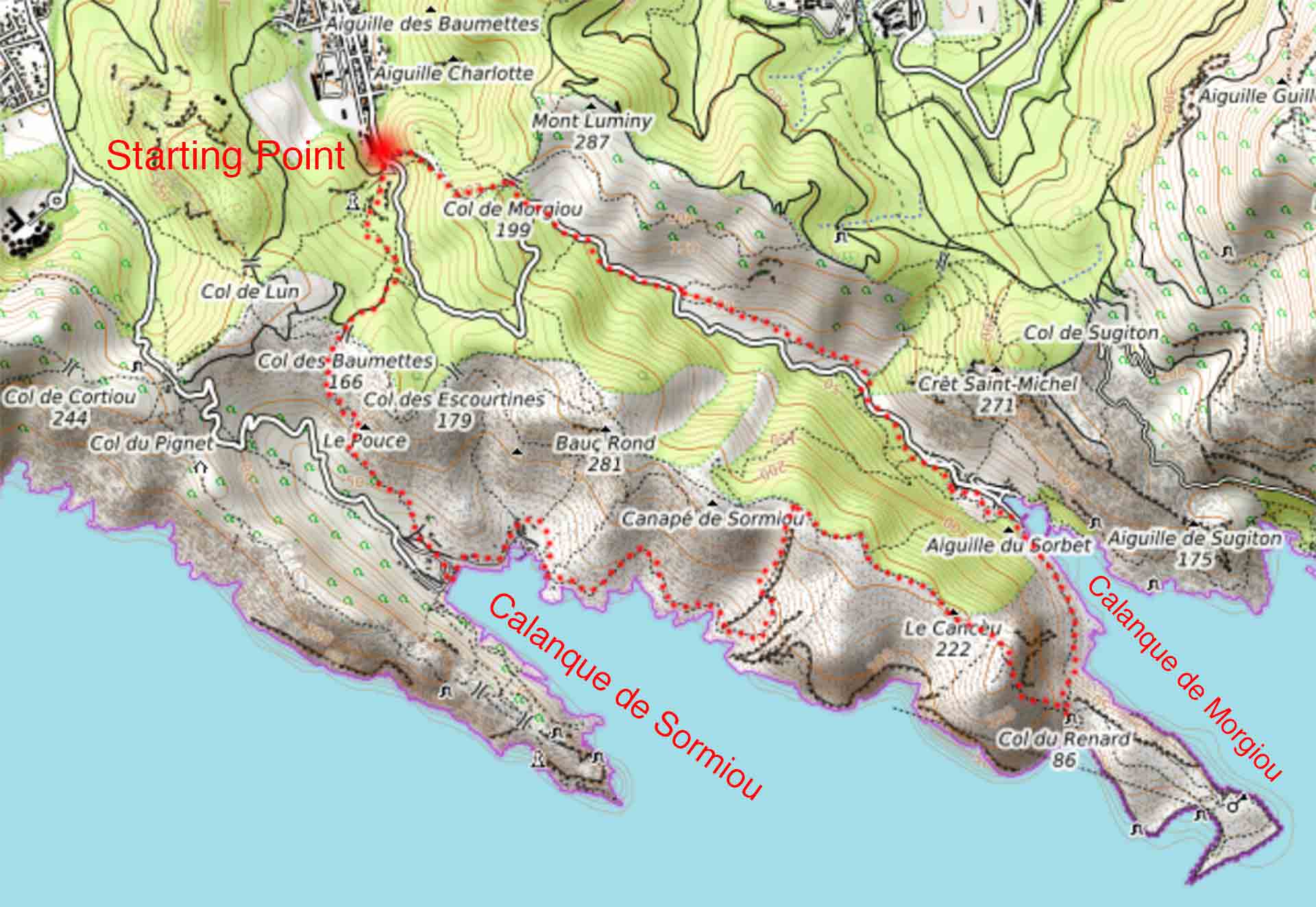 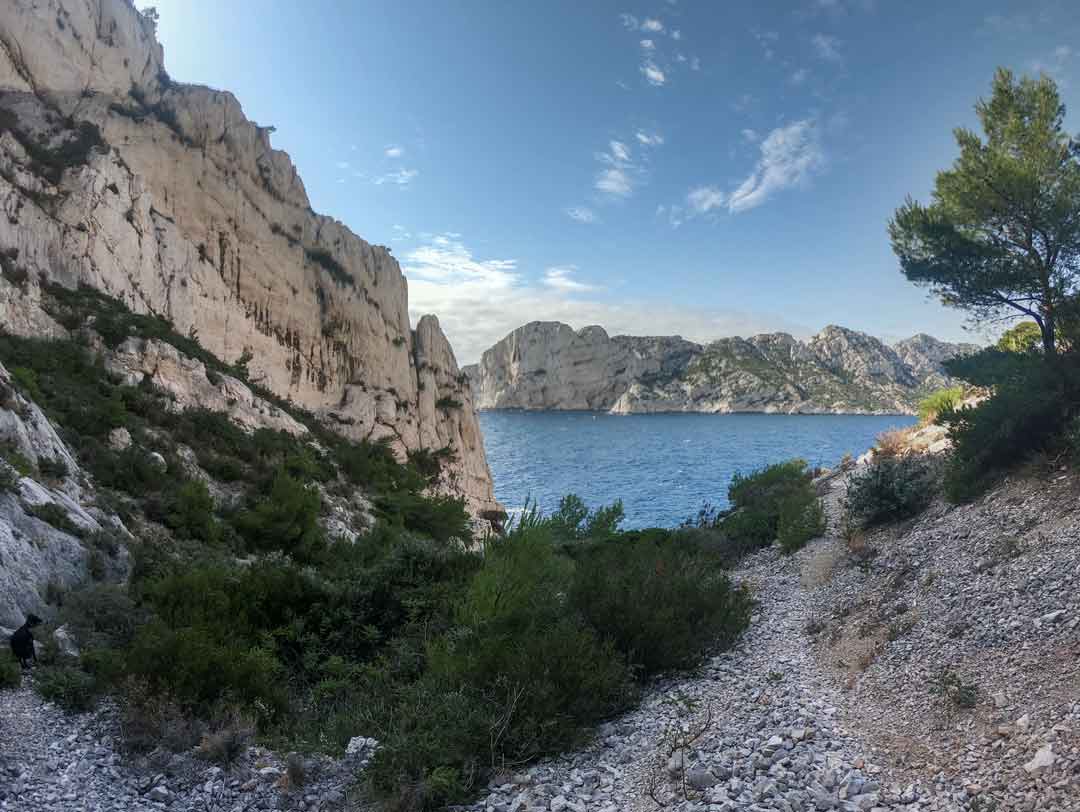 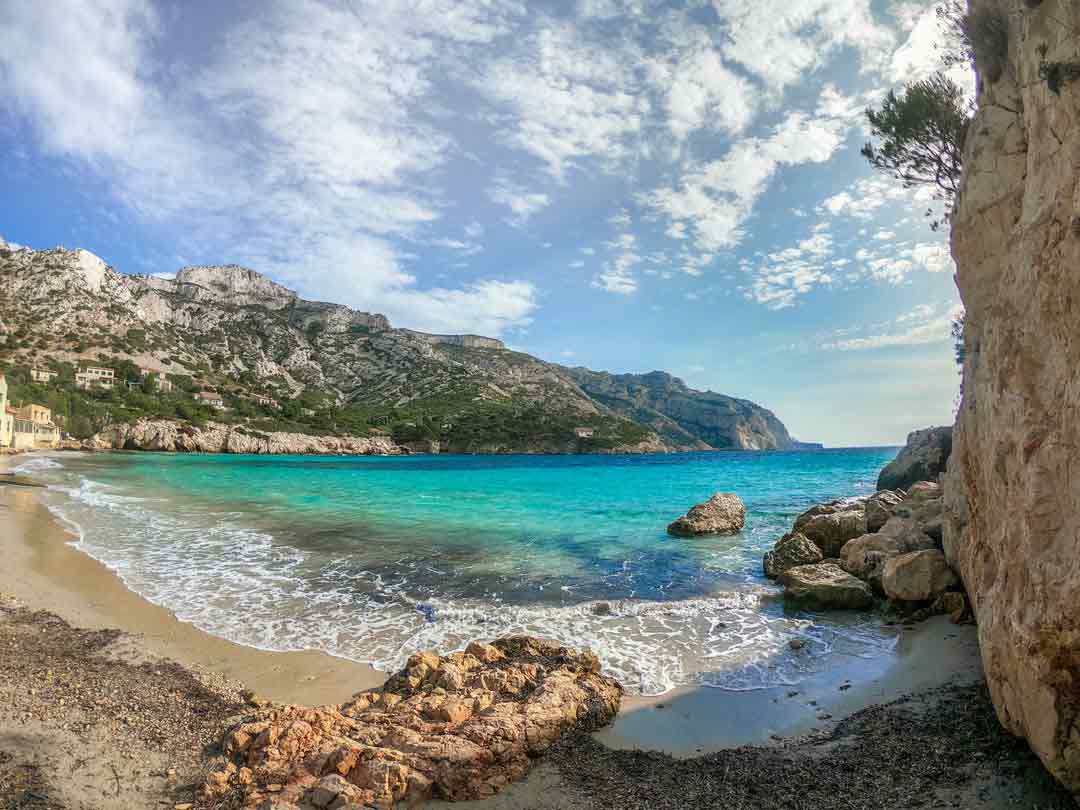 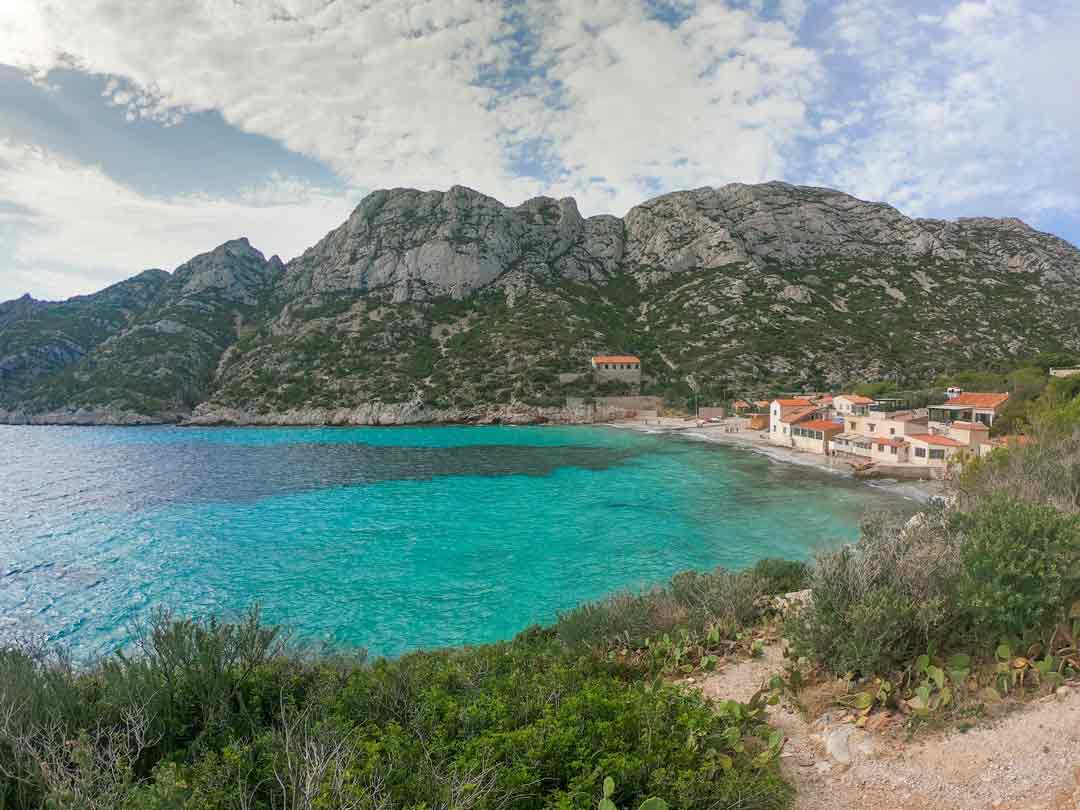 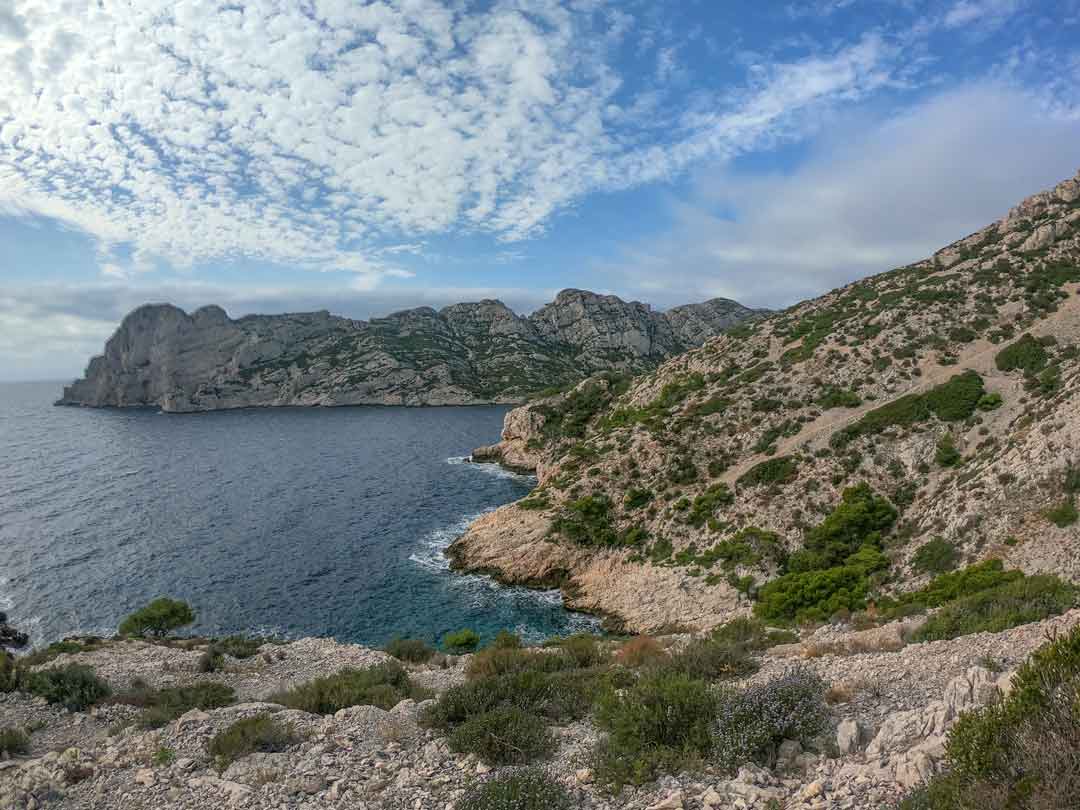 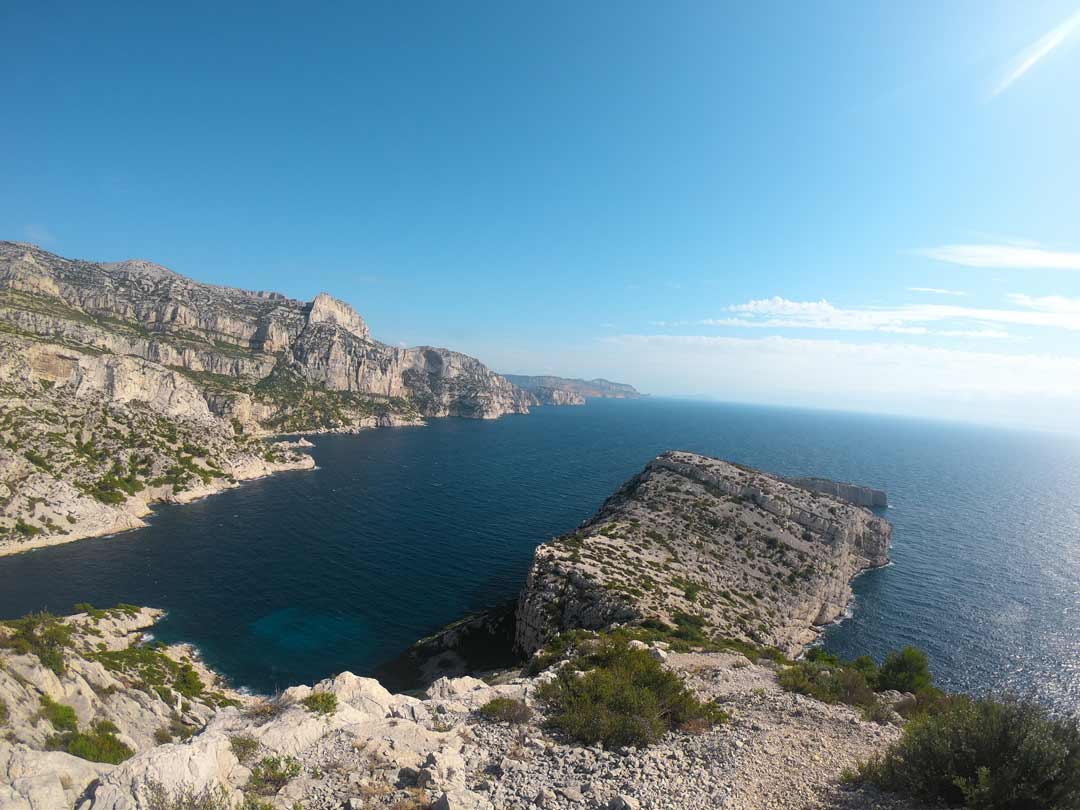 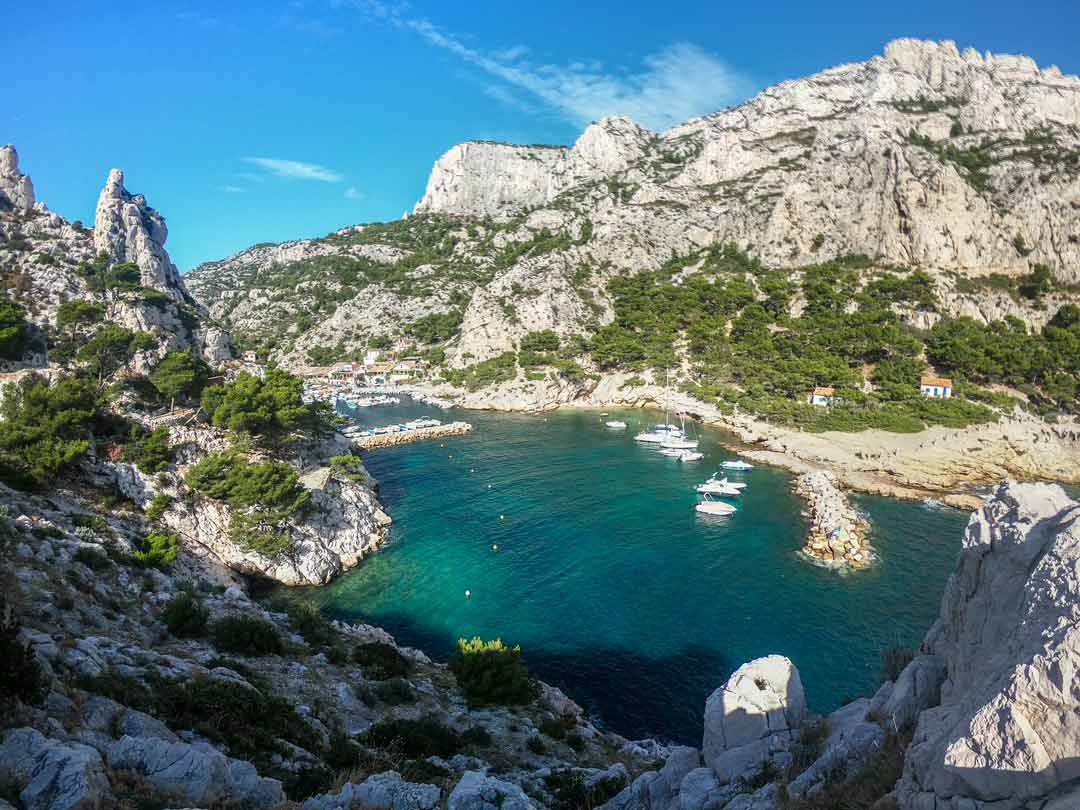 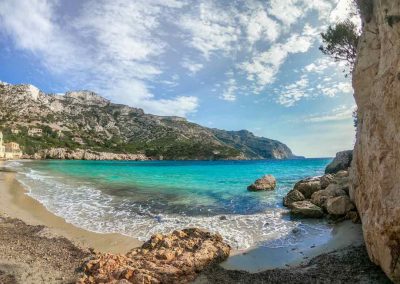 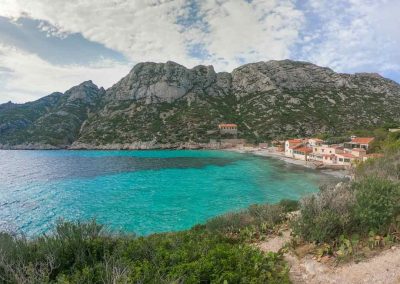 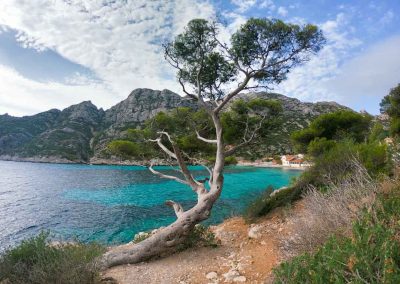 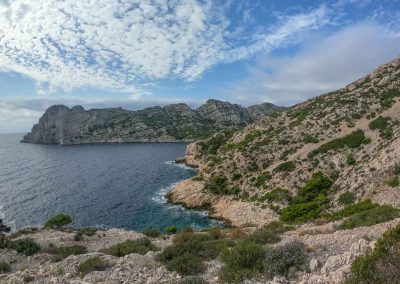 Coastline folllowed by the path near Calanque de Sormiou 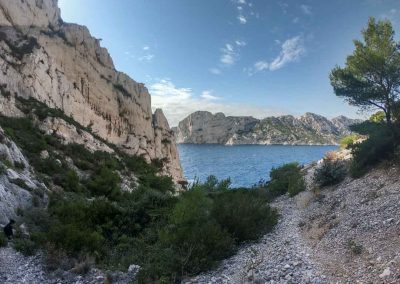 Views of the sea on the way up to Le Canceu 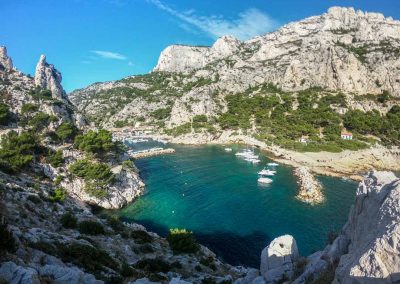 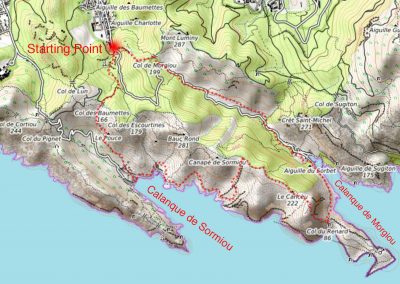 Hiking map of the loop walk

Hiking map of the loop walk

Hiking to Calanque de Sormiou and Calanque de Morgiou will let you discover two of the best Beaches near Marseille by foot. The loop path that links the Sormiou and Morgiou is a stunning path that goes by the sea and pass by the top of some of the heighest cliffs.

Walking in Calanques requires to be fit, to take proper boots for hiking due to the harsh and slippery terrain of the paths and not to be afraid of heights because some of the trails are exposed to heights.

The walk begins in the parking of Les Baumettes, at 20min from Marseille and from there begins the trail that leads to Sormiou Beach. On the right of the parking there is a path that goes through a parka and after it, it’s divided and the path on the left is the one that you should take. The trail goes a little bit up and after a few meters it arrives to a bigeer path that leads to Col des Baumettes. Here there are red marks that indicates the way to Sormiou. The itinerary goes down quickly and in 20 min it arrives at the incredible Calanque de Sormiou. It’s one of the most beautiful Calanques due to the beautiful colour of the water that has nothing to envy to Calanque d’En Vau.

From the north of the beach of Sormiou there’s a path that is marked with red lines and pass by the Port of Sormiou and keeps following the coastline and after a few meters the red path goes up to the north but heres has to be followed the same path that follows the coastline and is marked with a black line. This path is a bit more difficult because at some points can be hard to see to where the path continues. When it arrives almost to the water and at the left there’s a big wall, the path goes near this wall to finally turn again to the left and follow another big wall way up. After it, the taril is on the highest point of the route, near Le Canceu, that will be reached taking the blue path to the east (to the right). From Le Canceu is possible to see the way down to Col de Renard and to observe the massif cliffs that you have in front of you. Once is reached Col du Renard, arriving to Calanque de Morgiou takes 15min. In Calanque de Morgiou is possible to bath on the other side of the Calanque where there are small beaches.

From the Calanque of Morgiou the way back to the parking is marked by a red line again and at first it follows the road and paths several times until it gets to Col de Morgiou where has to be followed the path to the left to arrive to the parking.

Do you need to know how to get to Calanques? Check out our post about transportation to Calanques.

For arriving at the parking Les Baumettes there is a bus 22 from Marseille that has the end very close to the parking.

Check out the weather for the following days in Marseille

In all the National Park of Calanques is forbidden to set up a tent or do bivouac.